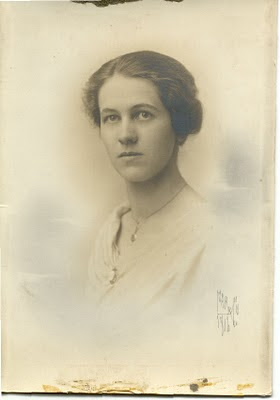 Lena Gertrude Dixon was born August 26,1895. the third of Hannah Huston Dixon and David Ambrose Dixon’s six children.  According to her four sisters, she was the prettiest of them all.  She attended the little one-room school house down the road, and later went to the Terra Alta Normal School where she gained certification to teach.
She married Cecil Ray Wiles on May 7 1918. “Mr. Cecil Ray Wiles and Miss Lena Gertrude Dixon both of whom live near Rowlesburg were united in marriage Tuesday afternoon at the parsonage of the Lutheran church. Rev. W. H. Berry performed the ceremony about 3:30 o’clock. The young people who made the trip to this city (Morgantown) in an automobile were attended by the groom’s sister, Miss Merle Wiles and the bride’s brother John Dixon (who would later also marry). The bride is the daughter of Mr. and Mrs. David Dixon her father being a member of the county court of Preston county. Mr. Wiles who is connected with the Glade Lumber company is a promising young business man. The young people motored to Little Falls Tuesday evening where they will visit with relatives for a few days before returning to Rowlesburg where they will make their home.” 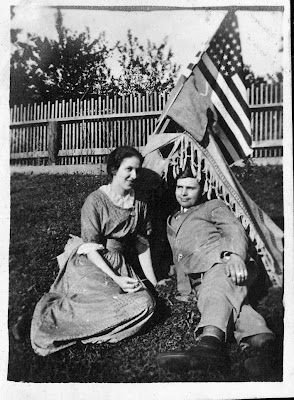 Lena and Ray lived down on Cheat river where Ray had work cutting timber until March of 1921 when they moved back to the farm into the Lantz house by the road.  In the fall of 1922, Great-Grandmother Hannah became very ill so they moved down to the homeplace where Lena took care of her parents along with her three year old daughter and three month old son.  Grandma Lena would have four children in seven years.  Her fifth child was born ten years later when she was 41 years old. 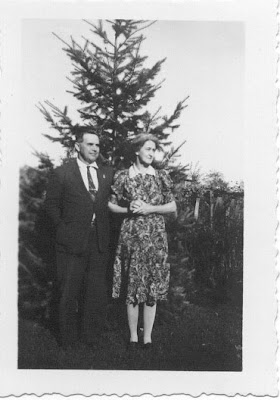 Just as her parents and grandparents before her, Lena and her husband would continue farming.  Along with the animals and crops they tended for their family, they also had a large flock of chickens and a truck patch.  They sold eggs and vegetables down in Rowlesburg, often trading a dozen eggs for a gallon of gas.
Two sons and a son-in-law would fight in World War II.  The worry and anxiety must have been overwhelming.  We often wonder if Grandma Lena hung blue or white stars in the living room window awaitng her sons’ return. “They also serve who watch and wait.” would have certainly described the family during that time. 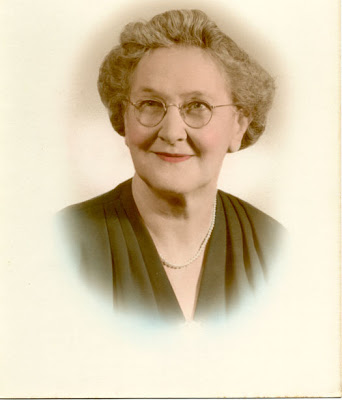 Grandma Lena loved to read and do handwork.  She wrote many poems often on the back of envelopes or greeting cards.   In 1951 she sent her poem “Fairy Lace” to Five Star Music Masters in Boston where Mr. Lew Tobin composed a piano arrangement for it; returning it ‘with pleasure… confident that she would be as pleased wtih it as he was.”.  We often wonder if it was ever performed.

Grandma Lena was a loving but somewhat stern taskmaster to the three little granddaughters sometimes left to her charge.  There would be no crying and absolutely no whining as we would work at her side.  She, along with our parents, would ensure that we would grow into strong women… women made of the same sturdy stuff as those that came before us. 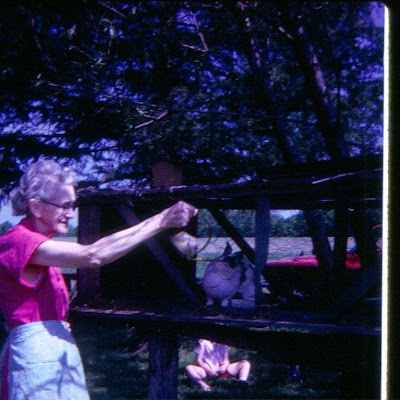 This is one of our favorite pictures of Grammy.  She is so beautiful in that bright pink dress.  She was never without her apron or her handkerchief.  Grandma Lena passed away October 3, 1972, living eight years longer than her beloved, Ray.  Here is one of her poems –
As I sit here alone
I think of that home
God has prepared for us above
I think of my friends
and where peace never ends
and we dwell with the ones we love
There will be no more war
but will be peace evermore
in that land far over the lea
There will be nothing but love
in that land up above
in the home he prepareth for me
We are joining the blog party over at Verde Farm, once again.  Please take a moment to pop over and visit all the other guests at Farm Friend Friday #8.

5 thoughts on “Women of the Farm – Grandma Lena”