With much gratitude to those that came before us, we move to the second generation of our family to live on our farm, as we continue our series for Women’s History Month – honoring the women who helped to build this farm that we love so well.  Let us introduce Great Grandmother… 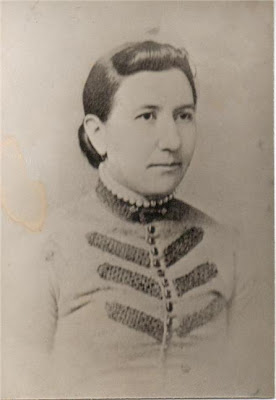 Hannah Huston, the youngest of seven children, was born November 27, 1863 to Amanda Hartley Huston and Thomas Huston, near Carmichaels, Pennsylvania in a beautiful old stone house.  Thomas was the son of an Irish immigrant and a riverboat captain on the Monongahela River.  She married David Ambrose Dixon on September 14, 1889.  The following year, Hannah, David and David’s parents, Amy and Andrew, moved from Pennsylvania to our farm in West Virginia.   They moved into the large, three-floor weather board house.  Amy and Andrew’s kitchen was on the first level along with a large cellar.  Hannah’s kitchen, dining room, a parlor and two bedrooms were on the next level, and upstairs there were four more bedrooms.  The parlor had a huge fireplace that was large enough for a five foot log.  It would take Hannah three days travel, in her buggy, to visit her family back in Pennsylvania.

She was such a cheerful and gay person, that everyone was happy just to be with her.  She loved to tease, play jokes and pretend to be Mrs. Claus, putting on a Santa face, a long black coat and boots.  She loved to read aloud to the family in the evenings.  They would gather around her to listen to the serialized story in the weekly farm magazine. 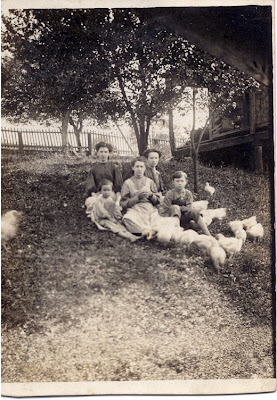 Hannah and David would have six children; five daughters and one son.  The youngest daughter was born in 1910 when Hannah was 47 years old.  They raised their own wheat and took it to the flour mill at Amboy where it was ground into enough flour to last for a year.  The family raised just about everything they needed except for sugar, salt and rice.  They milked ‘a good many’ cows, and Hannah made butter to sell in the little town of Rowlesburg.  Her butter was exceptionally good, so she never lacked for regular customers.  She would travel down the mountain in her buggy and had to cross a long overhead railroad bridge.  If a train came along when they were crossing, it scared the horse badly.  The family always heaved a sigh of relief when they got safely across. 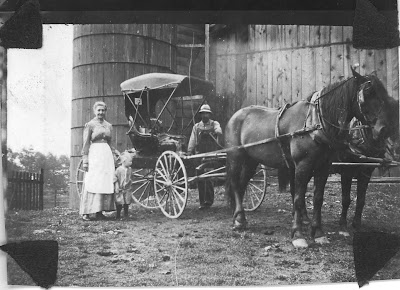 Hannah had the first sewing machine in the community.  She hemmed sheets and pillow slips for her friends.  She was a beautiful seamstress and made lovely dresses for her daughters, with tucks, pleats and frills.  In later years she turned her skill to making quilts.  She would sit for hours happily cutting and sewing little pieces together.  She hated to stop, even to eat, when she had a quilt in the quilting frame.  She was a fast and expert quilter.  Each of her daughters had at least a dozen quilts when she got married. 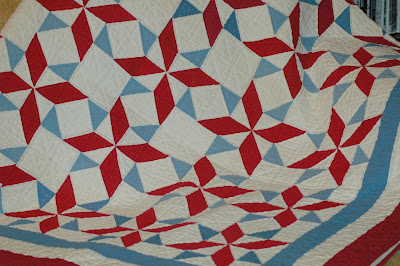 A former Greene County couple, Mr. And Mrs. David A. Dixon, now residing at Rowlesburg, Preston County, W. Va., celebrated their golden wedding anniversary Sunday, September 17, in their home…  Open house was held in the Dixon home during the day and evening and at noon the guests, were invited to a sumptuous picnic dinner served in a shady grove near the home of the honored couple. Following the dinner the group returned to the home, where gifts were presented to the celebrants, and a huge four tiered handsomely decorated wedding cake was cut and served to the guests…” (newspaper clipping)
Great Grandmother Hannah passed away at 91 years of age on September 27, 1954, just 13 days following her 65th wedding anniversary.  She left behind a  loving family and a legacy of hard work and resiliance; all the while never failing to make those around her smile. 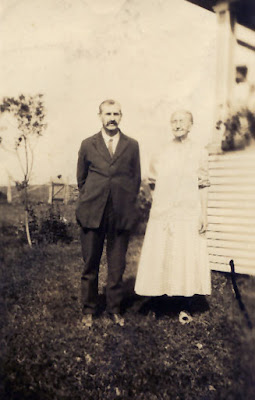 Once again, we are joining in the fun at Verde Farm for Farm Friend Friday #7.  Please join the party by visiting the other participants – here.﻿

6 thoughts on “Women of the Farm – Great Grandmother Hannah”