We’ve been contemplating keeping Pippen, one of Hera’s triplets, as a breeding ram.

We’ve kept an eye on his progress and he has an excellent health record.  We’ve admired his wool during the summer as the triplets took their supplemental bottles.

Still we weren’t quite prepared, when skirting this weekend to find that the extremely beautiful fleece we were working on turned out to be Pippen’s.  While we aren’t quite sure that we are happy with the conformation of his rear legs.  We sure are excited about the quality of his fleece. May 7, 2013July 6, 2017 Sheeps & Peeps6 Comments
Yesterday was a big day, in more ways than one!  Hera who had been looking very miserable for several days, delivered triplets.  She had to have a little assistance, as the black one was trying to back its way into the birth canal and was a little sideways.  Once the shepherdess got him moving, his brothers popped right out.  Yes, they are all rams.  Having been sired by Strider, they were promptly named Merry, Pippen and Samwise.  Oh, wait… just realized that you cannot see them in the photo below because they are wearing their little hobbit cloaks of invisibility…

Here’s a photo from earlier in the day.  Merry weighed in at 7 lbs 15 ozs, Pippen weighed 8 lbs and Samwise weighed 8 lbs 10  ozs.  Quite a load for one little mama to bear, but she is doing well.

We’ve fallen behind on the lamb posts, but are attempting to catch up over on Flickr Lambs of 2013.  We’re beginning to see the light at the end of the lambing season tunnel. When all the rest of the lambs were weaned, little miss 1122 stayed with her mama, Hera.  They are still in their own little paddock where they can receive extra corn and oats, and attention.  The smallest and the last of the triplets to be born, 1122 came into this world backwards, rear end first and honestly has had somewhat of a hard time from the beginning.  Always less aggressive than her brothers, we have been supplementing her with a bottle.  She is still quite small.  Hopefully with some extra time, on her own, with Mama she will be able to catch up to the rest of the lambs. There is a seemingly endless cycle of putting fence up… taking fence down… putting fence up… taking fence down… going on at the farm.  The happy sheep produced by this paddock merry-go-around sure makes it all worthwhile.  The yearlings were moved into the third and final section of the barnyard last weekend, and will be moved once again this weekend.
They have been joined by Ceres (in the foreground below) who is doing so much better!  Although she is losing some of her wool from the stress and looks a little rough, she is eating well and really enjoys being out of the barn.

Hera and the triplets have also moved out of the barn and are enjoying their own little paddock.  We began supplementing the little ewe with a bottle.  She is less agressive and doesn’t seem to be getting her fair share of milk.  Hopefully she will begin to catch up with her brothers. The ‘Mod Squad’ has adjusted quite well to life in the pasture. Mama Hera sneaks into the barn every morning for her extra helping of grain and seems to be providing plenty of milk for her three little ones. Linc, Pete and Julie enjoy playing with the other lambs but really are never very far from their mama’s side. They make quite the little parade as they make their way through the pasture.

Remember this popular crime fighting show from the 60’s? The grooviest gang of fuzz that ever wore a badge? 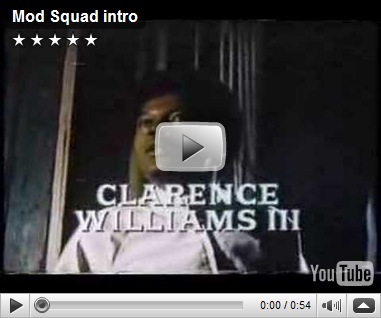 We have our own trio very much like the Mod Squad: 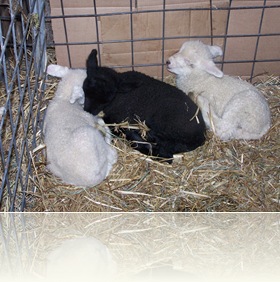 So we would like to re-introduce you to our coopworth cross triplets: (left to right) Julie, Linc, and Pete. (Obviously very tired from all the recent excitement) 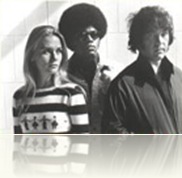