A Friday ritual.
A single photo – no words – capturing a single moment from the week.
A simple, special,  extraordinary moment.
A moment to pause,  savor and remember.
Participating with the SouleMama blog It’s been a busy few weeks, as summer winds down and we work hard to make the most of the pasture grass.  The guard dogs and the bachelors are settled in nicely in the back pasture.

After moving and rebuilding temporary fence, the ewes are happily established in the hayfield during the day, moving into the adjoining paddock with strong perimeter fencing during the night.

Which brings us to the lambs… well the lambs are living the high life in paddock #2 of the graveyard field.  So far they are growing out nicely, and producing beautiful fleeces that are ooohed and aaahed over when they come in for scoring and testing.  They are a lovely flock. 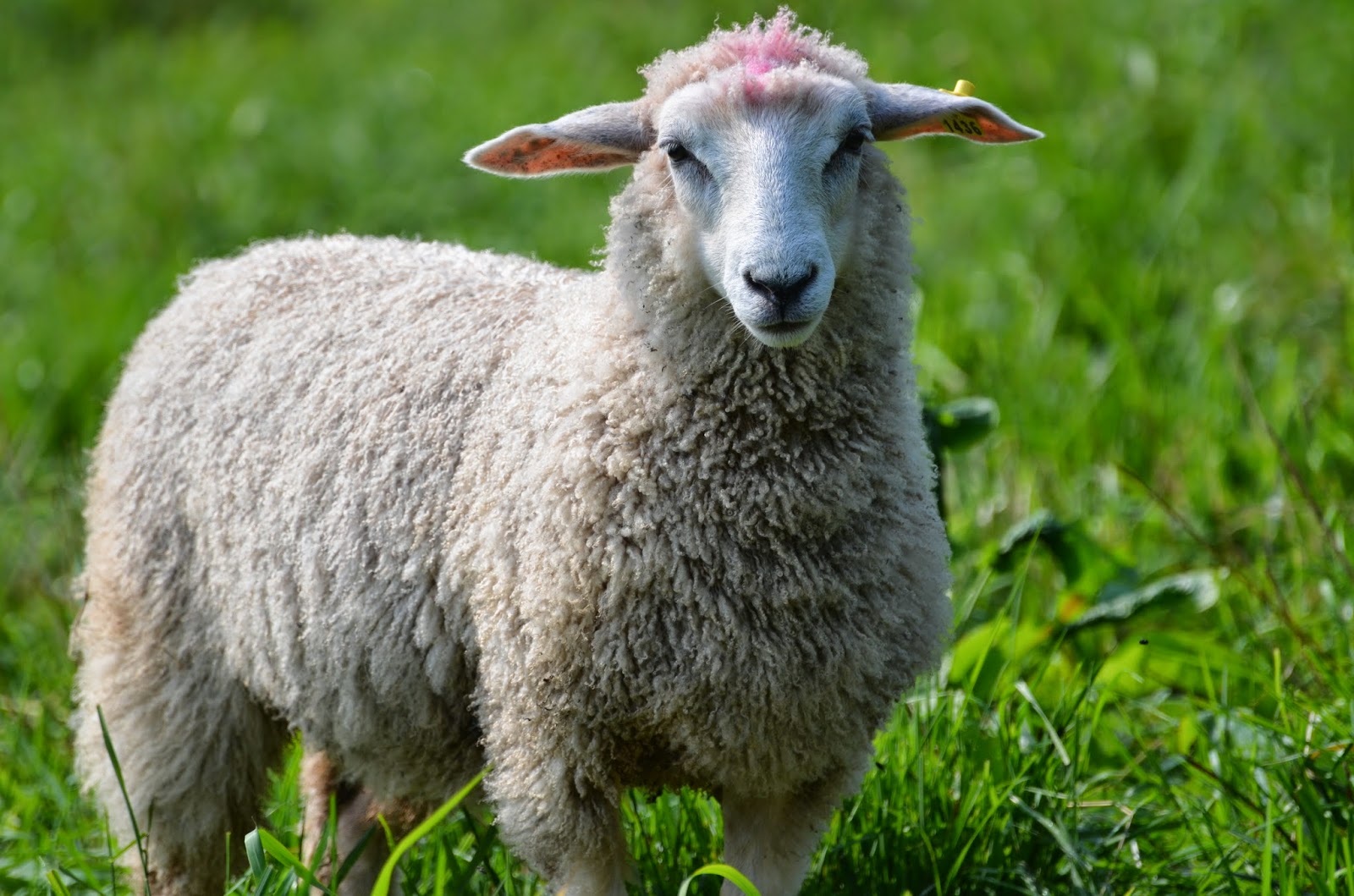 As we mentioned earlier this week, all the breeding groups are broken up and the bred ewes are back in the barn pasture along with Liam and Fury, two of the rams.
Poseidon and Aragorn, the other two rams are now in the back pasture, where after a bit of a ‘discussion’ they have pretty much settled in.  Their job is done, and they will spend the next months putting weight back on that they lost during breeding season.  They are content, except for the time they spend walking the fence line looking for ‘lost love’. In our flurry of moving activity, even Samson got in the rotating pastures mix.  He is now in with Liam, Strider and Jack.  A move he seems to be enjoying if the smile on his face in any indication.  The boys… they just try to ignore him. Liam, Strider and Jack are enjoying the cool fall weather.
joining Life According to Jan and Jer for Friday’s Fences Well, Saturday is definitely a date to mark on the calendar.  When we went to bring the lambs in to the barn for FAMACHA scoring, there were the big boys, Poseidon and Aragorn in the wrong paddock.  Fingers crossed that there was not too much of a party going on.  Bad boys. All the snow is gone, except for a few spots on the most northern facing hillsides.  The perfect time to break up the breeding groups and get everybody into winter pasture.  Poseidon and Aragorn have been moved to the back pasture.  We debated whether to keep them closer to the barn, but when they are back here we don’t have to worry about them getting out if the snow gets deep.   We followed our usual routine and after about twenty minutes to rambunctious head-butting and neck wrestling, they have settled in nicely.

We moved Liam, our almost eight-year-old ram, and Strider, the hogget ram, in with the ewes in the barn paddock.  Liam is not the strongest ram in the field any longer, but refuses to back down from the others.  So we have him at the barn where we can spoil him with the occasional carrot.  Strider is so much smaller than Poseidon and Aragorn, we kept him at the barn so he can grow out properly.  So far they have done not much more than sniff each other in passing…. with fingers crossed, we’re hoping this continues.

Oddly enough, it has been Jack, one of the wethers, that has been most concerned with Strider’s presence.  Anytime he sees Strider persuing one of the ewes, he comes flying just as fast as his plump body can move.  As you can see above, this has not been the best of things for Strider’s self esteem.  It has not done much for Jack’s either as he is neither as fast nor as nimble as the hogget, and at times ends up on the ground in an embarassed heap.  He slowly rights himself and looks around sheepishly, hoping that none of the girls were watching.

So, we are finally all set for winter weather.  Hopefully there are plenty of beautiful lambs now growing inside these wooly bodies.  The girls are re-establishing their pecking order, and settling in nicely.

And, as you can see, this all has the Princess Seal of Approval. The sheep and the rest of the animals have worn icy paths between feeding areas and shelter.  They traveled back and forth, back and forth to eat and then to find shelter from the snow and wind.  We’ve been feeding the two groups farthest away from the barn via sled, as the snow got too deep for the ranger.
We should have changed the rams’ marking crayons during this most recent storm, but decided not to. Four of the ewes were marked the second breeding cycle.  We decided to take the chance that they were caught the second time around or that they will be bred by the clean-up ram.  As soon as there is enough snow melt, we’ll break up the breeding groups and move all the ewes to the barnyard.  While the snow has been beautiful, we are really looking forward to a few days of milder weather. The boys are checking in and are happy to report that the first breeding cycle ends today.  All the ewes are marked,  and the wax marking crayons get changed to a new color today.  The hope is that everyone is caught the first go round, and no one gets marked a second time.  If everything goes smoothly, we’ll be able to get all the ewes moved to the barn pasture for the winter, hopefully before any more big snowstorms move through our area.